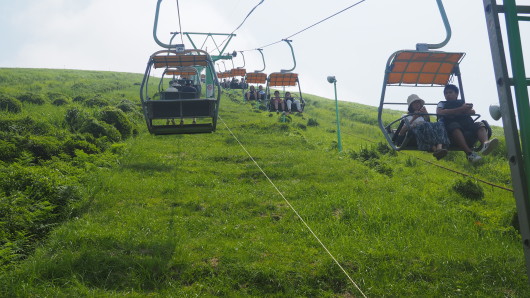 This is a series of four blog posts because of the number of different places I went to for my Japan trip, and I want each post short enough to keep you from getting bored but long enough to provide you as many details as I could.

By the way, life will be SO much easier in Japan if you have a Japanese speaking friend, cause the English spoken there is not that great in many places.

Decided to go for HK Express.  Total including baggage and taxes and misc. fees was HKD 3,089 round trip.  Remember they do not have meals on the flights, so you should eat beforehand if you are on a long journey and plan not to pay for their meals as I believe they are overpriced (although I did end up buying a ramen cause I was too hungry and was arriving after 12am).

They tend to have steep discounts during random dates so you can go to their website to see if you can get a steal: http://www.hkexpress.com.  The airport they land in Tokyo is Haneda International Airport.

I have a few comments about this flight.  I had some of the worst times for the flight, arriving in Tokyo at 12:25am and departing from Tokyo at 6:20am.  The price I paid wasn’t extremely cheap and I thought I could have booked a better flight for a slightly pricier airline.  At the same time, because I arrived at 12:25am, not only do I have to book an accommodation for the night (as near to airport as possible since I had to go to car rental next day), there usually wasn’t any public transportation after 12am which forced me to take a taxi to my accommodation.  This meant a 15 minute taxi ride (HKD 180 about) and add a couple hundred for just one night stay at a hotel and it became clear to me that it wasn’t worth getting a slightly cheaper flight but having to deal with all the hassle, and the extra costs for accommodation and taxi added up.  I would take HK Express again, but I would also consider the times of arrival and departure better next time.

Like said, Tokyo’s public transportation doesn’t run 24 hours, and their taxis are expensive.  I could take a night bus at 3ish am, but I had no internet connection and I would be arriving at 5am, which would have been a close call.  What I ended up doing during my departure day from Japan back to HK was that I had to take a bus from Shinjuku (near Lumine 2) that goes direct to Haneda airport at 11pm, arrived slightly before 12am, and ended up sleeping on the airport seats until about 4am, the check in time.  So it wasn’t the best of experiences.  And I had a lot of heavy luggage due to the extra weight put on from my shopping spree. 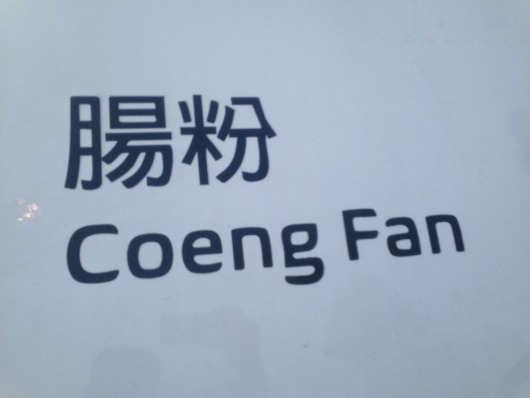 The name of my flight. 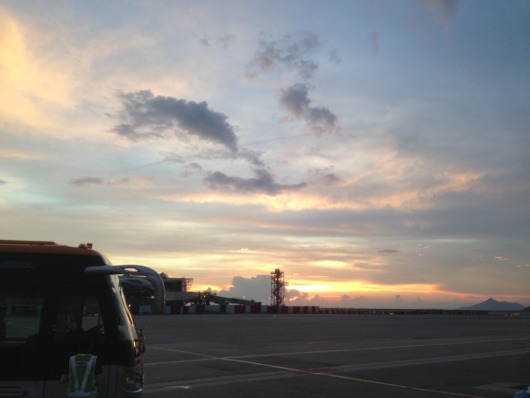 The beautiful sky in Hong Kong before I boarded my plane.

Nothing to complain about, except that it was a 15 minute ride, totally unexpected since the address had ‘Haneda Airport’ on it.  Small room, one double bed, everything was neat and tidy.  I just needed to sleep on the first day so I am well rested to drive for the next day.  Again just to restate, I needed this stay as I arrived very late and had to wake up early the next day to go to Haneda Airport once again for the car rental.

Very traditional, very old, but VERY BIG.  It was almost a 1,000 square feet room.  You also have to sleep on tatamis.  There is a balcony.  There is also an elevator (opens till 10pm, otherwise stairs) that is sort of like a cable car / elevator, you can sit, and it goes up diagonally and on the way up you can see parts of Izu.  They have onsen, outdoor and indoor, with mixed and female only time zones for the outdoor ones.  The indoor ones (separated by gender) they will switch the rooms depending on the time.  If you can, try to go to outdoor one.  The indoor one is meh.  Also, try not to book on weekends as the prices are like doubled.  Has parking. 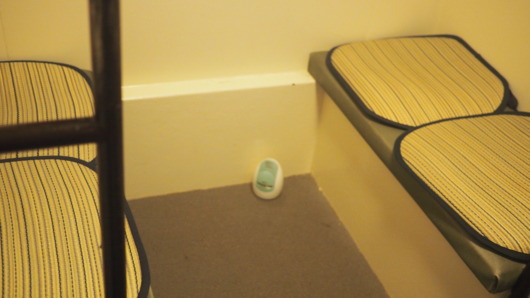 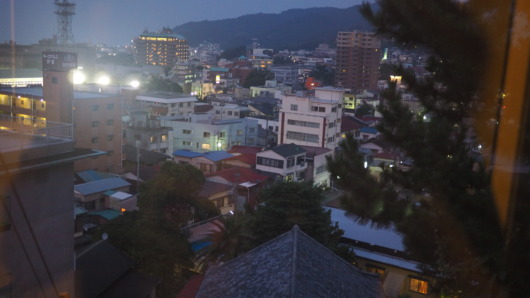 The view from the elevator. 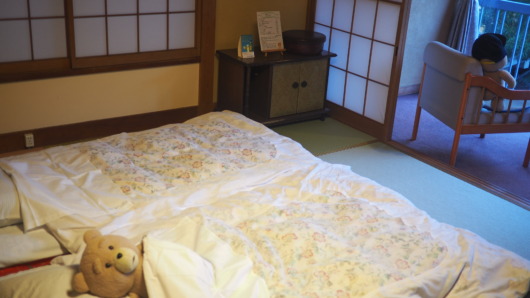 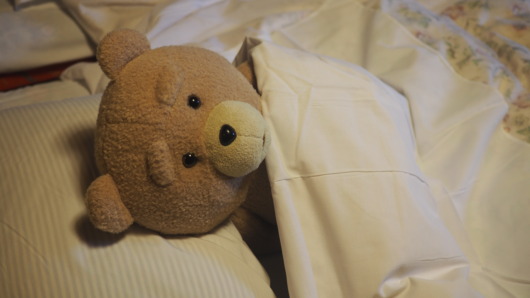 Much newer than the Izu one, they also had indoor and outdoor onsens, and some private ones which you can pay to use for a limited time period.  My feelings towards the onsen here is similar to that to Nippon… Less traditional.  They have these coffee milk drinks at their hotel shop on G/F you can buy which is delicious to drink after some hot time spent in onsen.  You must, (fine not must, but highly recommend) to book the room Japanese Style to include Dinner & Breakfast.  I had one of my best meals from this hotel, no joke!  The meals they serve are traditional, and you can select different times to have your meal served.  Not only is food abundant, but the taste is traditional and amazing.  Highly, highly recommend.  One of the best meals I had in Japan (not the best, probably third best, more on that later).  The rooms are not as big as Nippon, but it’s good enough.  Again you sleep on tatami… they will prepare the sleeping tatami for you when you are eating your dinner at their accommodation.  Has parking.

I rented my car through Toyota Rent A Car (website click here).  I had a really good experience driving a Toyota last time in Hokkaido, and I was impressed by how cheap it was and also I had fun driving a Vitz last time.  If you return the car early you get reimbursed.  So this time I also rented a Vitz, and to be honest it is OK cheap.  But costs really add up once you factor in the toll fees (!!!) and a bit of gas fee (but not that high).  If you haven’t read my Hokkaido post, click here.  Also, please be aware of the international driving license you have.  Japan only accepts the Geneva convention on road traffic, also known as the ‘Convention on International Road Traffic of 19 September 1949’.  It will not accept other licenses, including the Vienna conventional on road traffic.

My decision to rent a car to the other places outside of Tokyo and to return the car back to Tokyo included the following: much more convenience as it allows us to go whenever we want instead of relying on bus schedules; train stations may not be close to our accommodations and we had a lot of luggages; it was hot and there was air con in the car; taking the JR train can be expensive from city to city; you have to do a lot of research and stuff to know to get to the place whereas for the car you can just go for GPS; I love the sceneries in Japan and driving on the roads and looking around is just amazing.  I wanted to rent the car from Tokyo and return the car in Nagoya, but because there is a surcharge for one way trips, it was actually cheaper (ex. toll fees) to return the car to Tokyo.  Cheaper even after I rent it for two more days, so I decided to drive until I was back to Tokyo.

Very helpful tip: Be sure to have all the telephone numbers of all the places you want to go to in Japan!  Because the GPS in these cars are primarily Japanese, you either have to be able to spell them out in Japanese or you can input their phone numbers.  Say for example if a telephone number was 81522315489, replace the initial 81 with 0 in order for the GPS to work as 81 is the country code for Japan but because you are already in Japan, you replace it with 0.

So after renting our car from Toyota Rent a Car in Haneda Airport (the car actually isn’t in Haneda Airport, they will have a van to bring you to the place where they store the cars.  It’s a 10 minute drive), we started heading our way to Izu Peninsula.  Took us about 2 hours to get there.  We wanted to go to Izu Peninsula to look at the beaches and the nature.  But actually, I wasn’t that impressed with the scenery in Izu.  It was okay. 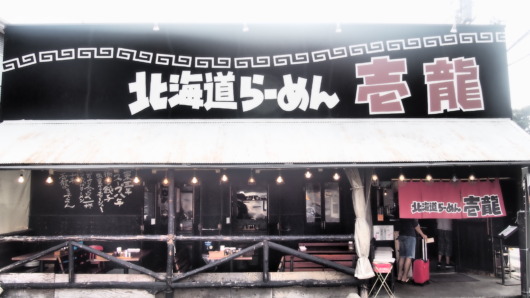 Ramen shop. First proper Japanese restaurant we stopped by along the way we thought it looked good.  Actually I took a wrong exit and ended up having to do a circle and because of my mistake, we stumbled upon this gem. 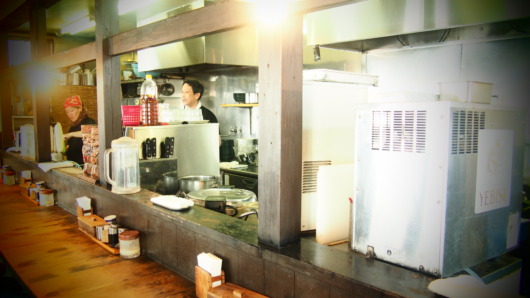 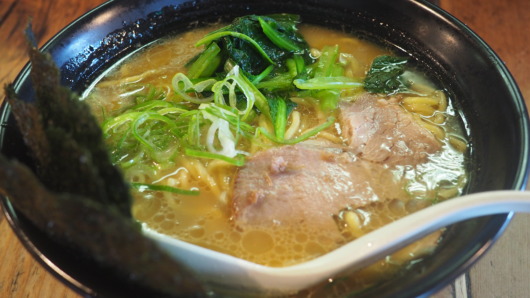 Oishi! (I will be saying this a lot throughout this series) ^__^ 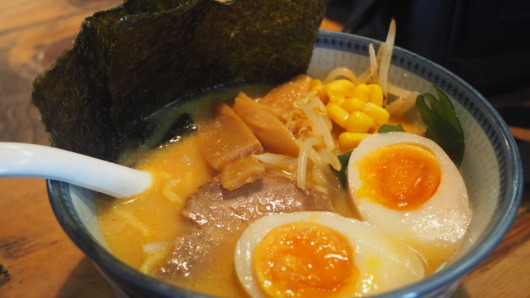 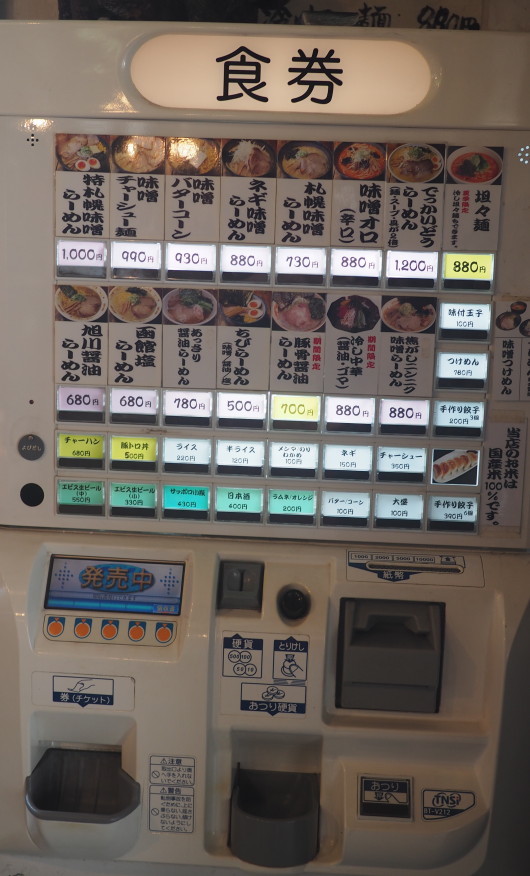 Unlike other countries in the world, there is an option in some Japanese restaurants to order food through a vending machine, and then you just sit down and grab a seat, and wait for them to prepare you the food.

Then we checked into our accommodation, chilled a bit, then decided to get some food and also see some fireworks.  We coincidentally were in Izu Peninsula the day they had fireworks. 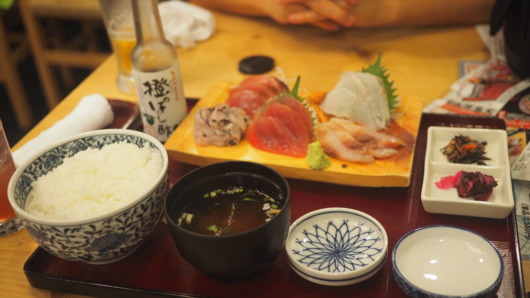 Even posting this is making me hungry!  There is a street nearby our accommodation which had plenty of good restaurants around, although because Izu Peninsula is not densely populated, the shops close quite early there. 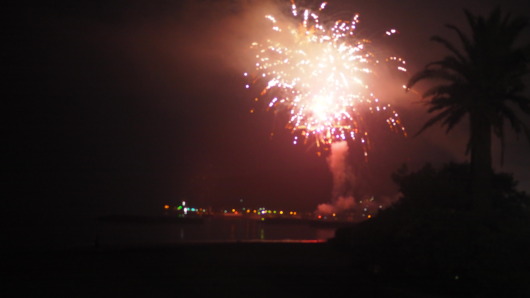 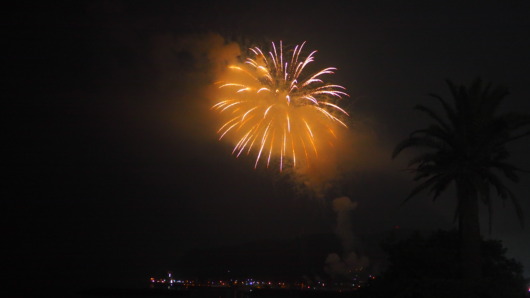 The fireworks was held near the beach which was near the Ito station.

The next morning, due to recommendations from the hotel’s staff, we managed to squeeze some time to go to Jogasaki Coast (Jogasaki Kaigan) and also Mt. Omuro (has cable car). 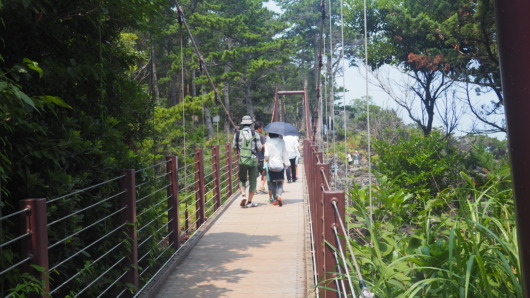 Tada!  This is the suspension bridge in Jogasaki Coast.  Actually, they had a lighthouse nearby too.  This place really reminded me of Eluanbi Lighthouse in Kenting. 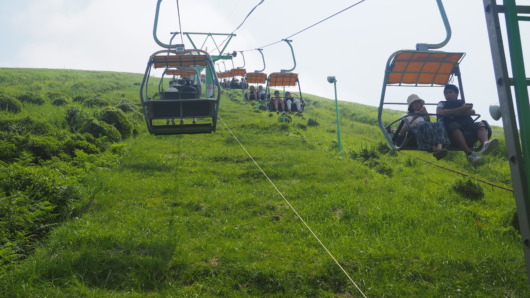 This is the cable car from Mt. Omuro. 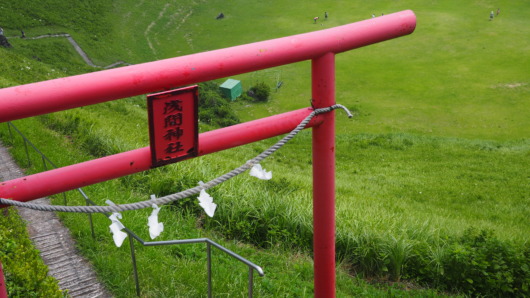 As you can see on the right side, it caves inwards and has a flat surface.  You see some people there… guess what they are doing?  Yes, they are playing archery! 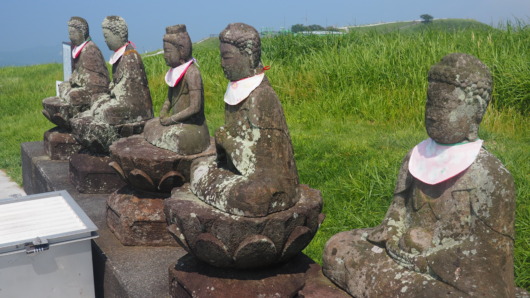 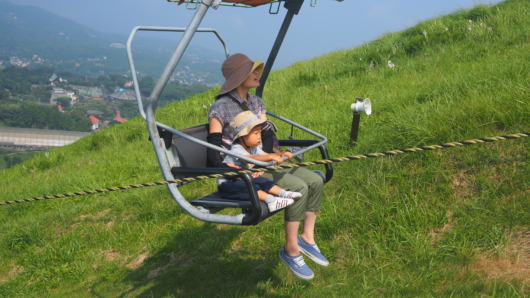 Other things to do in Izu Peninsula that we didn’t have time to do: Stroll around the beach promenades; go to white sandy beaches such as Shira-hama and Kisami, dine on Takahasi crabs, go to Atami Castle, Toi Gold Mine, Ikeda Museum 20th Century Art, MOA Museum of Art, and the seven waterfalls along a walking trail – Kawazu Nanadaru.  (Note: yes I tend to over plan everything, not just in travel even my weekly schedules, and I always end up doing less than half of them v_v)

Actually the first day we were in Hakone, we spent the morning going to Mt. Omuro and Jogasaki Kaigan so by the time we got to our accommodation, it was kind of late already.  We checked in, had a quick onsen, and had the amazing, amazing dinner prepared by the staff.  We took a nap and stuff and there was fireworks near Lake Ashinoko, but when we decided to go it was pretty late and the staff there advised us not to go as there would be too much traffic and by the time we went it would be too late.  By the way, the staff people there spoke mandarin.

The morning after we decided to go back to see Lake Ashinoko and then we spent the rest of the day at Gotemba Outlet Mall.  We also tried stopping by Owakudani, which were the sulfurous vapors, but because of the recent volcanic activities, the place was banned from entering. 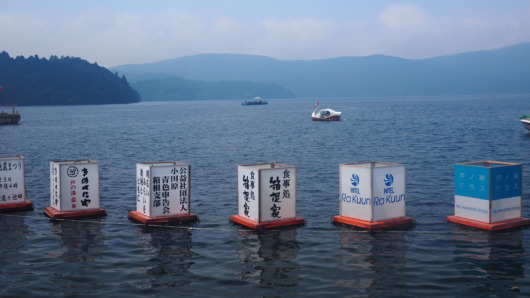 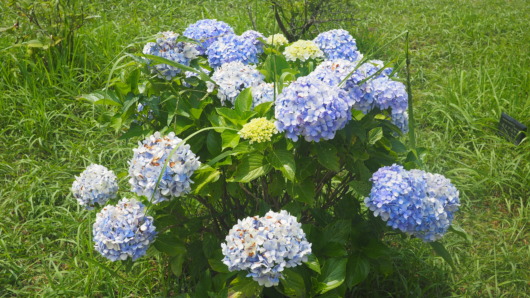 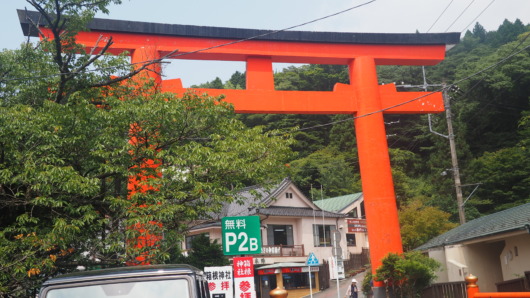 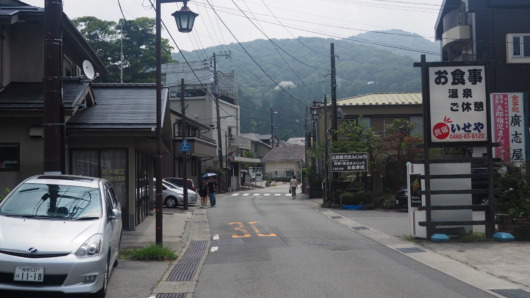 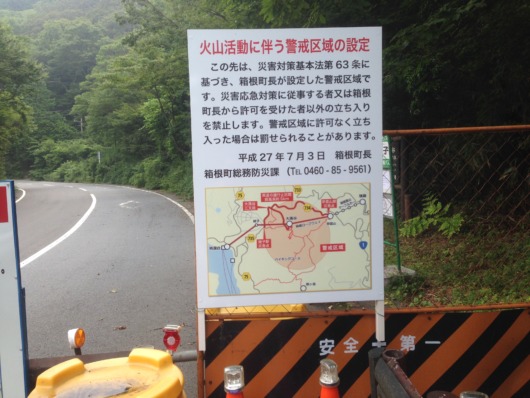 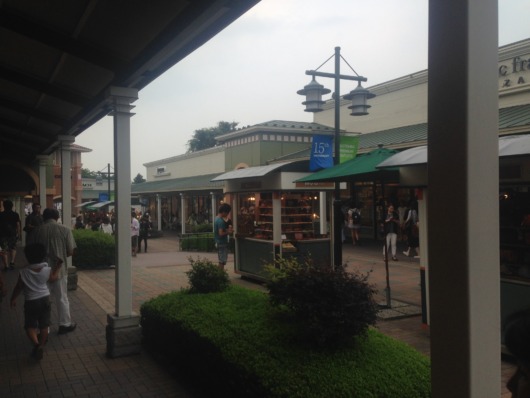 Other things to do in Hakone that we didn’t have time to do: Okada Museum of Art, Hakone Shrine, Hakone Art Museum, Hakoen Glass no Mori, Hakone-Yumoto. 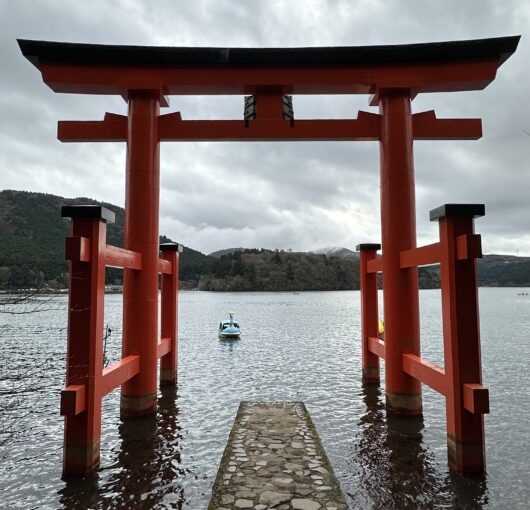 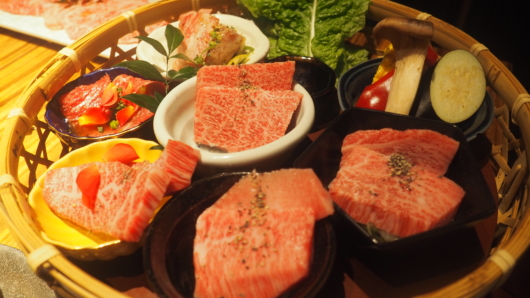 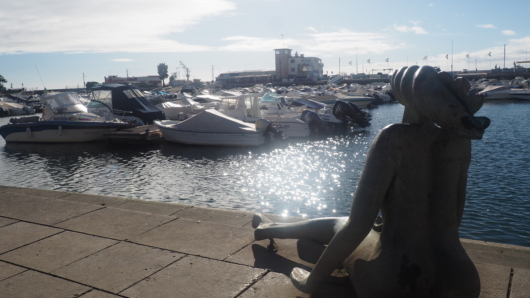