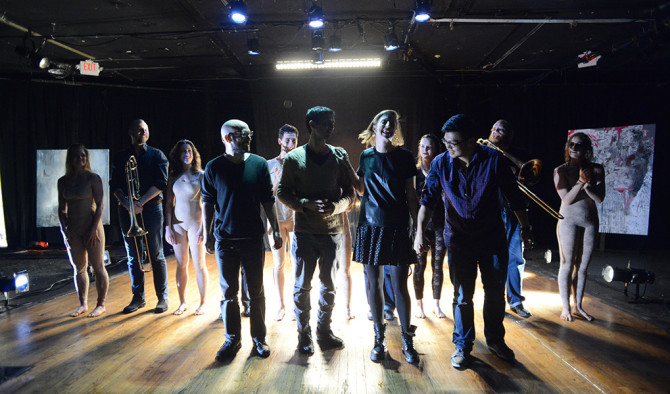 Raised in Hong Kong but now based in New York, Santino Lo has always been passionate about the arts disciplinary.  His company, Madart Creative, has just officially become a non-profit organization, and he’s excited to be a 25-year old founder of a non-profit organization in a highly competitive industry.  I invite him to talk about how he’s changing the face of arts by enhancing the overall experience of both the performers and the audiences themselves. 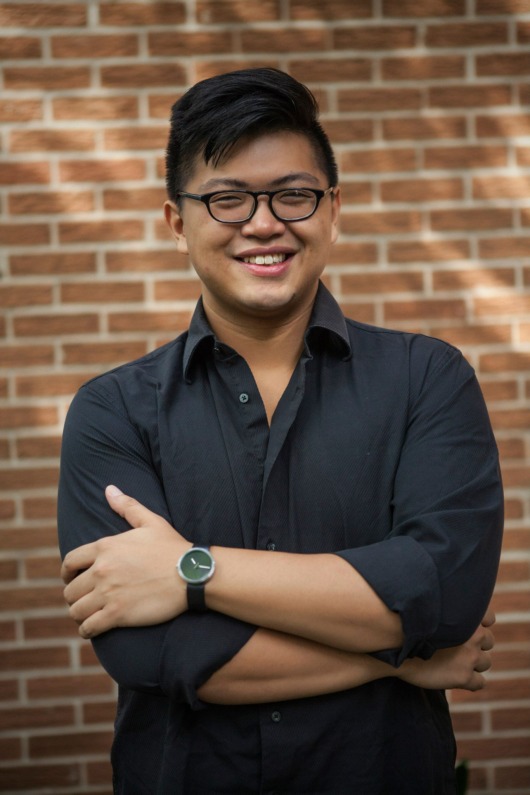 Tell us about your life story.

I’m originally from Hong Kong but I’ve come to New York initially to become a musician.  One thing led to another and now I’m a producer for multi-disciplinary work, including dance, theater, and music.  I work with many different people now, including composers, choreographers, installation artists, video artists, and people with an interactive medium background.  I get to create projects around people I choose to work with, and we come up with projects together and collaborate together to create a performance.

Any anecdotes in your life that you don’t mind sharing?

During my freshman year, my laptop got stolen, and I didn’t want to rely on my parents for finance.  So I went to work at an Asian fusion restaurant called Asian Temptation so I could earn enough to buy a laptop.  Usually, curious by the name, people would ask me what I do there, and I tell them that I worked there as a bus boy.

I also had a time where I worked at a bakery.  And since I worked at the retail end of the bakery (which was located an hour away), I had to leave to work by 5am to get to work on time by 6am, and from there I would go to my second job from 2pm to work as a production assistant for this River to River Festival.  I also had the opportunity to be a production coordinator with them last summer.

The coolest thing though would probably be during that time as a musician I had the opportunity to perform in Carnegie Hall.  I didn’t even take it all in until, funny of all places, I went to use the bathroom.  Just the day before, Bobby Mcferrin came to perform here as well and at the bathroom I was like, wow, I’m using the same bathroom as Bobby Mcferrin and all these other famous performers who’ve played at Carnegie Hall.  I’m pissing in the same bathroom stall as them.

Madart is a multidisciplinary performing art company that I started with choreographer Lauren Camp, and our mission is to create enriching and learning opportunities through innovative arts programming.  We’re trying to focus our energy in instilling the meaning of art, because a lot of times, art is there but people do not know why they exist, and they don’t understand the creation and conceptual parts of it.  All they may see is that art is art, which contributes to the general fatigue of the industry, but there’s more to it than just the face of it.

What Madart wants to achieve is not to hinder the artistic product, meaning we believe that what also makes art interesting is the actual process itself.  Usually, people find it hard to relate to an art piece because they don’t have the necessary information or experience to understand the significance of the work.  So what we want to do is to encourage an open process, where potential audiences and onlookers get to partake in the creativity as well by allowing them to come to our open rehearsals and our research process.

For example, we’ve started a relationship with Two Bridges Neighborhood Council, a low-mid income neighborhood in Chinatown, and we use the space there mainly for dance rehearsals, which are open to public.  The community can watch us rehearse and every month, we try we give a lecture serie.  It’s not to tell people what to do but rather, to let the public learn alongside with the artists the logic behind the process or the thinking behind the artists.

But by encouraging open rehearsals to the public, doesn’t that ruin the “magic” behind it?

The advantage of Madart is that we are a multidisciplinary performing art company, where usually the public may just be exposed to one fraction of the overall show.  So a lot of the times in our large shows, we use live music and we incorporate installation aspects in the show.  They may not experience the overall integration of all these components until the final product, which are our shows.  Like for one show, we created a water trough installation which was integral to a dance piece that glows and changes color, and the public usually doesn’t get to see this until they come and watch us perform.  Yet at the same time, the audiences have a more thorough understanding of the art we present to them because they’ve come to our rehearsals, which actually increases the magic behind it.

What do you find most challenging about Madart?

Just being in the industry itself and also raising money for each show.  The nature of the work itself is very challenging, especially in New York, because there’s so much here.  Of course I understand at the same time, you can also argue that it is easier because there is an appetite for these kind of projects, so it’s both good and bad.  And like any non-profit, raising money to have sustainable projects is tough, so we usually have to pitch investors and for one year we actually had two grants (one from the state and one from the city, 2 years ago).

I think Madart is in a good place now.  I wanted Madart to be a sustainable company and now the company is getting there.  We focus on being a lean company and we are excellent at managing money.

So anyone that we may know of that has seen Madart’s performances?

Philip Glass actually came, and we were all ecstatic about it.  It also just so happened that I had a chance to meet with him three times that month, and on the third time I saw him, I asked him what he thought about Ondine, and he said that he thought the overall production quality was better than the previous one.  So you know, sometimes by being patient to ensure that the quality is good, the patience is worth it.

What is your vision for Madart?

It’s difficult for artists to work together, particularly if they come from different disciples, and so I really want to continue pushing Madart in its unique position, specifically with cross disciplinary work.  I was fortunate to have met Lauren Camp, an amazing choreographer.  Knowing her style of work, I was able to find composers who can reflect well with her choreography, and here we are today.  I’m definitely happy with where Madart is right now and where it’s heading.

Looking back, which collaboration piece did you think was most captivating for your audiences?  Why?

Morphing Me to me was personally the most successful piece.  That was also the year we got the two grants.  I enjoyed the overall process the most.  From what I’ve gathered though, it seems that most of our audiences enjoyed Ondine more because there were more aspects to it.  On the contrary, that was kind of why I enjoyed Morphing Me more as I thought Ondine had too many aspects to it that it felt a bit ‘out of control’, whereas Morphing Me was a no bulls**t more concise performance piece.

Sometimes artists may have a lot to say but I rather be the person that conveys one message very well than convey ten messages that are incomprehensible.

How do you find the music or arts scene in Hong Kong or New York, or in other cities?

Well a big part of it is of course the appetite of the public, and with work specifically in modern dancing and contemporary music, Hong Kong does not have that appetite right now.  So far, it seems that they don’t value it as much or see it as important, and they prefer going to orchestra shows.  So even though being in the classical music industry is very difficult, it’s better to be in classical music anyway because people in Hong Kong are used to the idea of classical music.  In the disciple of high/new arts, there is just no market for it right now in Hong Kong.

It’s a dilemma as it presents a chicken and egg problem.  Do I want to be the guy that exposes people to it but risk losing money, or do I wait until there is a general population ready for it?

But one day, I definitely do hope to return to Hong Kong as Hong Kong is my home, but as of now I know it’s going to be a challenge.

How do you define success?

For me, it’s very simple.  As long as I can make a living doing what I love, that is success to me.  A lot of people in Wall Street or in technology firms are earning more than me, but at the same time I’m able to determine my own schedule, and that’s amazing, and I can’t ask for more.

How do you become successful in your opinion?

Do what you want… chase your dreams, but be realistic with your goals.  Don’t lose sight of reality.

Your biggest regret in your life that we can learn from?

Not spending enough time with my family.  Now that I’m living abroad and doing my own thing, I don’t get to see my family much if ever, and it makes me regret the time in Hong Kong when I didn’t appreciate them enough.

My father.  He was basically the pioneer of western opera in Hong Kong.  He brought western opera around late 50’s – early 60’s.  It’s amazing because he brought back the disciple of art that Hong Kong people, especially the local folks, had no appetite for.  He had the vision of bringing back western opera and start the whole industry in Hong Kong, and I really look up to that.  I wish I could do that with the arts of today as well.

What’s your next project that you are preparing for?

There is a new project coming up called ‘Quantum’ and we’re going to launch a program that ties to quantum physics, where again we will explore on new music, dance, and sculpture work.  As I said before, our rehearsals and lectures are open to the public so feel free to join us.

Combination of arts and science?  Sounds super compelling for me already!  For those living in New York, you guys are lucky.  And for everyone, please do visit his website at www.madartcreative.com to learn more about his past and upcoming projects.  For even more live updates, you can ‘like’ their page by visiting their Facebook page here. 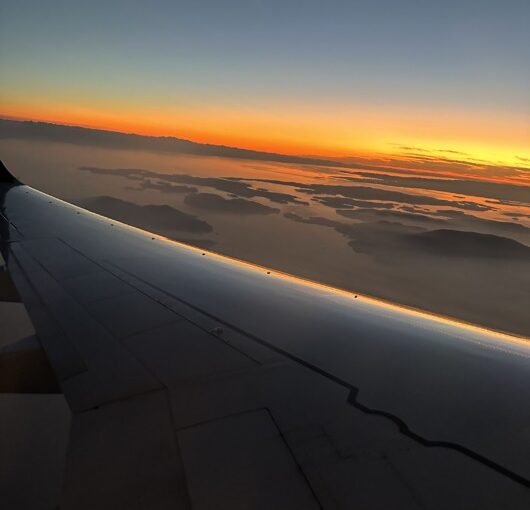 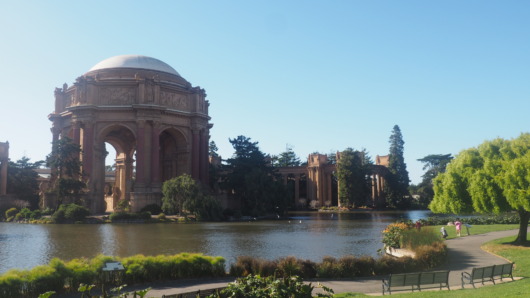 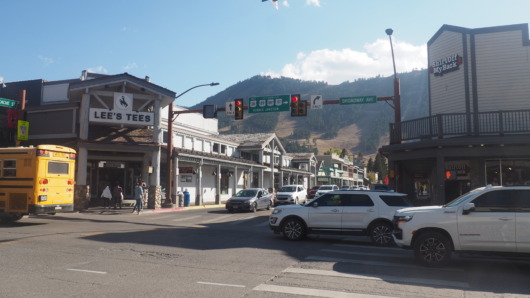